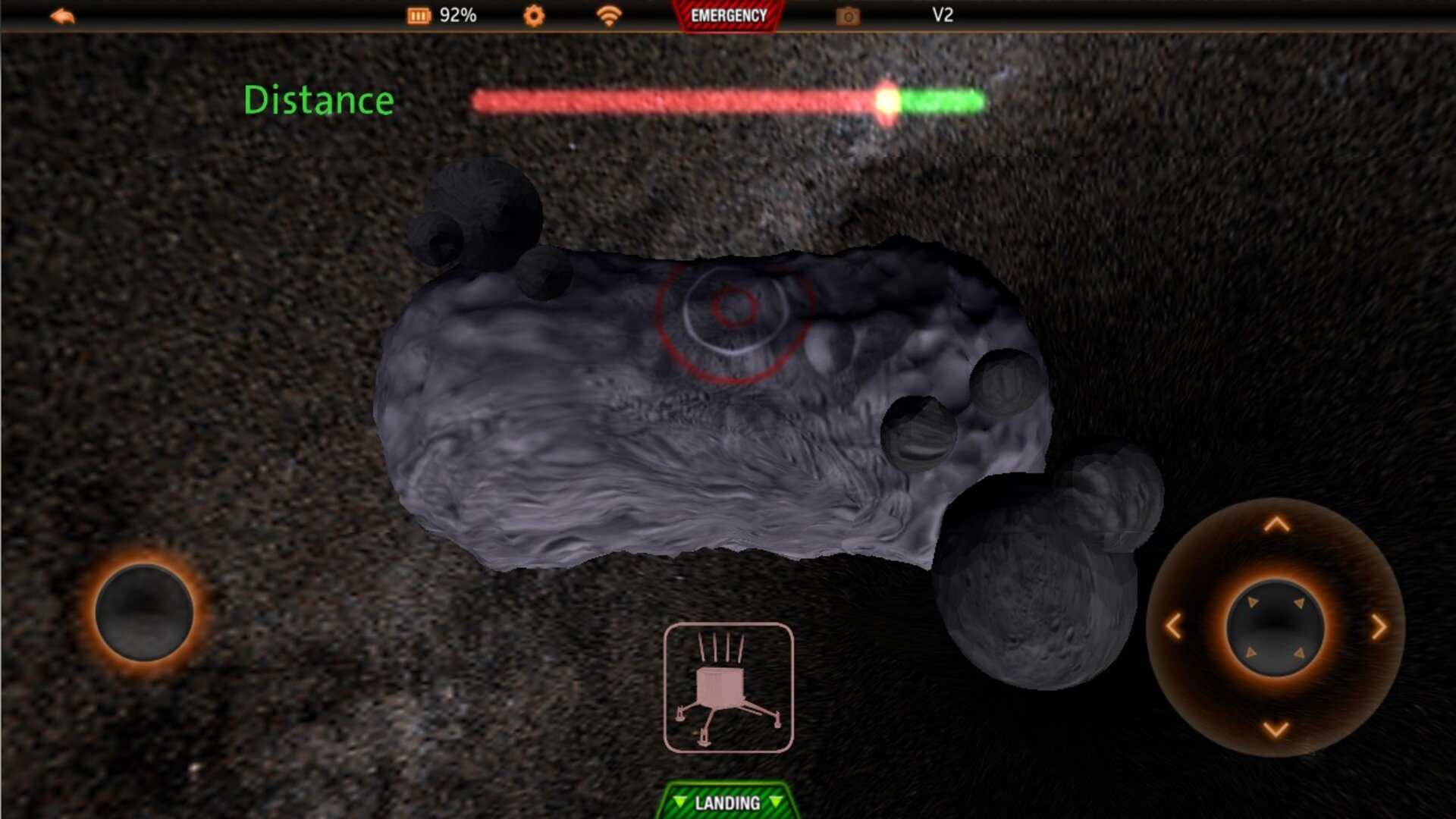 A new ESA app enables you to put your smartphone-controlled drone in the place of Europe’s Rosetta spacecraft approaching its target comet. You can try for a perfect landing on the comet while flying your drone for real.

This updated version of the AstroDrone app – first released last year – is part of a crowdsourcing project by ESA’s Advanced Concepts Team. By gathering data from the drone’s sensors and movements, they aim to teach robots how to navigate their environments.

Anyone owning the popular Parrot AR.drone can play the game, in which players are challenged to perform different space missions in augmented reality.

Manufactured by France’s Parrot company, the two-camera midget drone flies on four rotors and can be steered by any Android or iOS device.

With AstroDrone, the controller places an augmented-reality marker on a real-world feature to serve as the target, proceeding to view overlaid augmented reality features to help guide the drone.

“Then, when that part of the mission has been accomplished, the spacecraft’s smaller Philae lander must be released at the right moment and in the right direction, in order to land successfully on the surface of the comet.”

Players are invited to contribute to the experiment via the Internet as they log their scores on the high-score table, explains Leopold Summerer, head of the Advanced Concepts Team: “ In so doing, they are participating in a scientific crowdsourcing experiment that aims to improve autonomous capabilities of space probes, such as landing, obstacle avoidance and docking.

“If they agree, the abstract mathematical image features that the drone itself perceives for navigation are sent to the Team, along with velocity readings – though not any video feed or other personal information gathered during a game.”

A six-person team in the Netherlands developed the app: Guido and Leopold worked alongside Rinze Bruining, Paul Gerke, Ida Sprinkhuizen-Kuyper and Robert Musters.

The first release of AstroDrone, offering an opportunity to dock with the International Space Station, proved a popular success, with more than 18 000 downloads since March 2013.

You can download the app for free from the Apple App store or the Play store.

Rosetta has been travelling through the Solar System for 10 years, and will finally arrive at the comet in August.