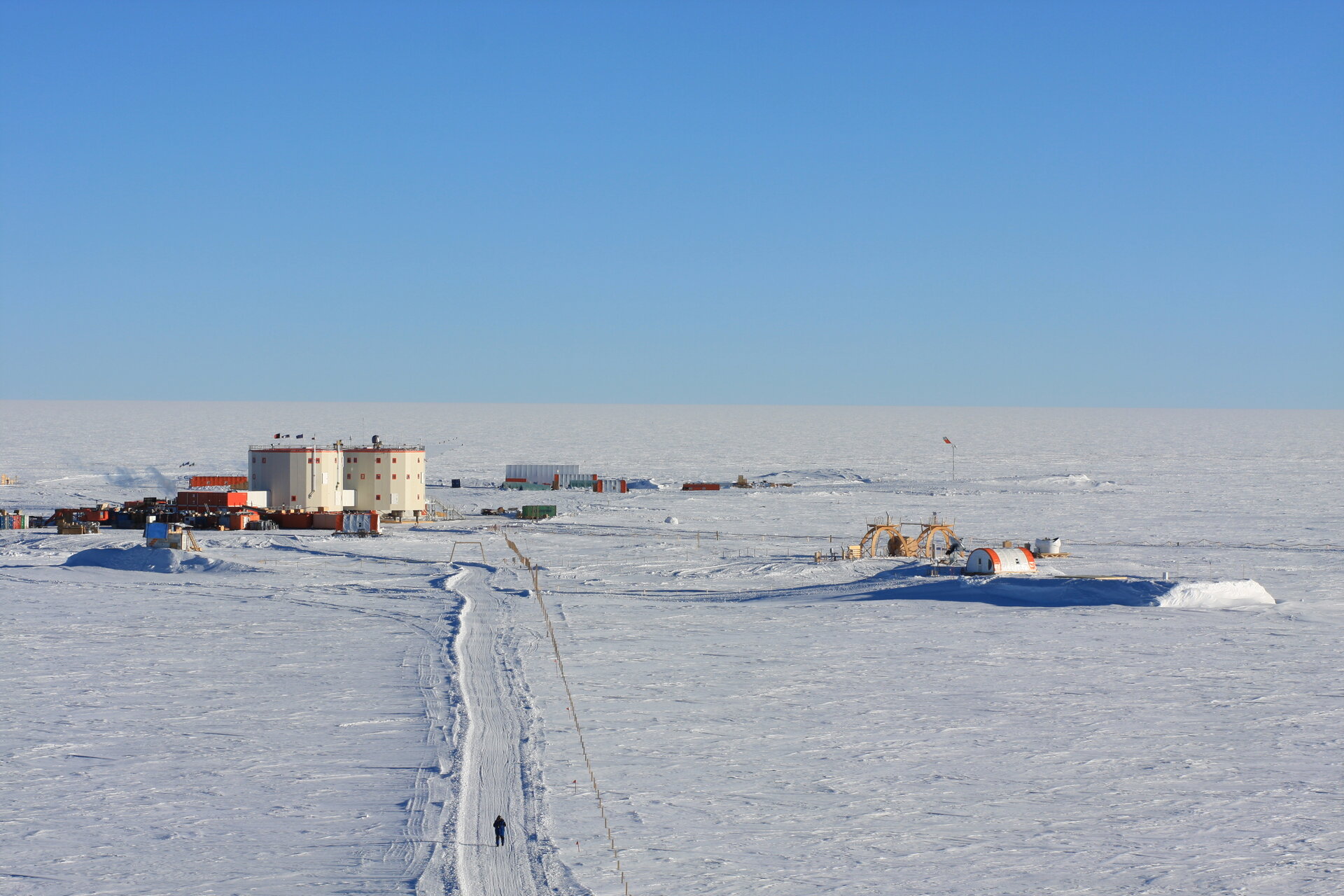 Concordia research station in Antarctica is located on a plateau 3200 m above sea level. A place of extremes, temperatures can drop to –80°C in the winter, with a yearly average temperature of –50°C.

As Concordia lies at the very southern tip of Earth, the Sun does not rise above the horizon in the winter and does not set in the summer. The crew must live without sunlight for four months of the year.

The altitude and location mean that the air in Concordia is very thin and holds less oxygen. Venturing outside the base requires wearing layers of clothes and limits the time spent outdoors.

During the harsh winter no outside help can be flown in or reach the base over land – the crew have to solve any problems on their own.

In addition, Concordia sits in the largest desert in the world. The air is extremely dry, so the crew suffer from continuously chapped lips and irritated eyes.

No animals can survive in this region – even bacteria find it hard coping with the extreme temperatures. The nearest human beings are stationed some 600 km away at the Russian Vostok base, making Concordia more remote than the International Space Station.

In the great open landscape covered in darkness, colours, smells and sounds are almost non-existent, adding to the sense of loneliness.

The isolation and sensory deprivation can wreak havoc on crewmembers’ biological clock, making it hard to get a good night’s sleep.

Despite all these hardships, up to 16 people spend around a year at a time living in Concordia in the name of science. Far removed from civilisation, the white world of Antarctica offers researchers the opportunity to collect data and experiment like no other place on Earth.

The base is so unlike anything found elsewhere in the world that ESA participates in the Italian-French base to research future missions to other planets, using the base as a model for extraterrestrial planets.