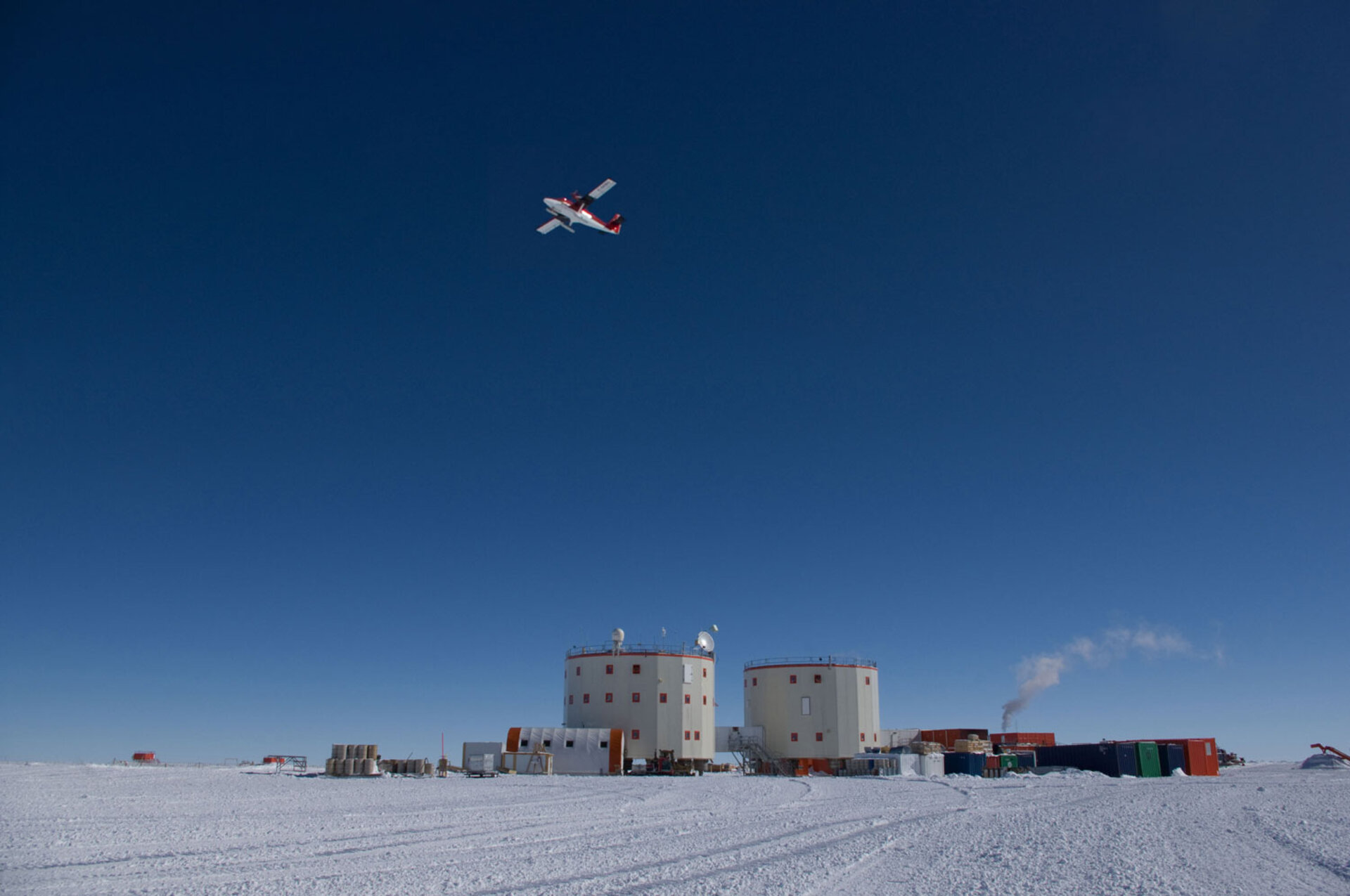 The voyage to Concordia station, one of the remotest places on Earth, takes longer than the voyage to the International Space Station.

People travelling to Concordia fly first to New Zealand or Hobart, Tasmania on their first leg of the voyage to Antarctica. From there, travel plans diverge and depend on weather and logistical constraints.

Crew with a plane ticket leave from New Zealand to the Italian Mario Zucchelli Station on the Antarctic coast.

Voyagers with an ocean pass take to the seas from Tasmania to reach the French station Dumont D’Urville by boat. The week-long journey across the Southern Ocean is completed on the French polar institute’sAstrolabevessel.

From the coast it is another 1200 km to Concordia. Personnel, small equipment and fresh produce are transported in a twin-propeller plane organised by the Italian PNRA Antarctic programme. The aircraft has to be maintained meticulously because it flies at altitudes where the air pressure is a third less than at sea level, in extreme cold weather

The Twin-Otter aircraft used for this trip has a stopover for refuelling half-way to the station as a safety precaution. The airport is nothing more than a strip of cleared snow and a stockpile of fuel barrels.

In addition to the air transport, three expeditions over land are conducted by the French IPEV polar institute. The ‘Raid’ traverses are used to transport heavy items. The trip across Antarctica takes ten days to complete, climbing over 3000 m from the coast to reach the plateau where Concordia was built.

Pulled by heavy-duty tractors, caravans-on-skis carry 150 tonnes of fuel, food and equipment each time. Once at Concordia, three days are spent unpacking and preparing for the return trip. The trip back to the coast generally takes two days less because it is downhill most of the way.