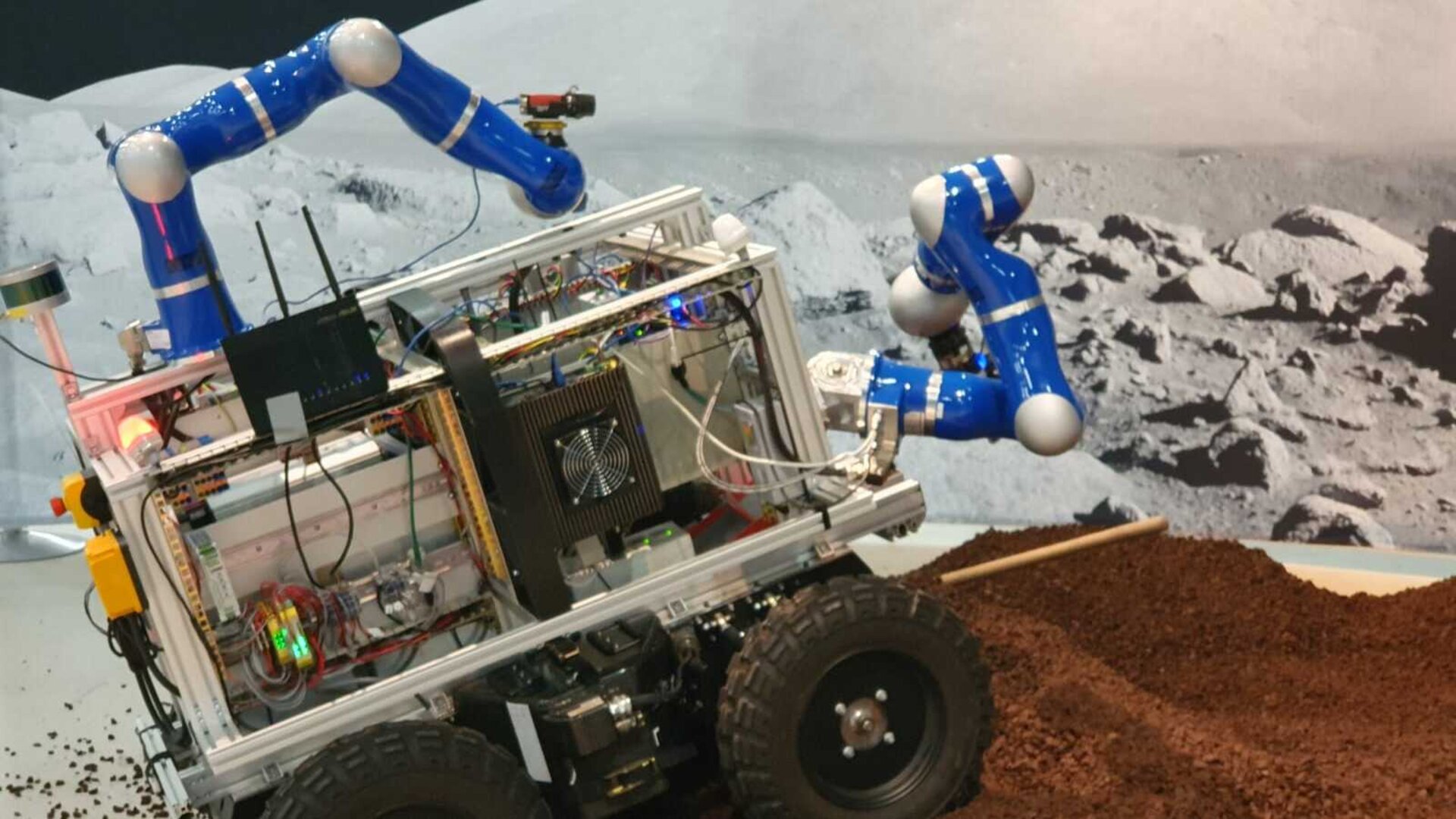 Today ESA astronaut Luca Parmitano will take control of a robot in the Netherlands while orbiting Earth in the International Space Station at a speed of around 7.8 km per second.

In a series of experiments, collectively called Analog-1, the Space Station will be used as a stand-in for a spacecraft in orbit around another planetary body, such as the lunar Gateway. From here the next wave of exploration of our Solar System will see humans exploring ‘hand-in-hand’ with robots. Robotic scouts guided from lunar orbit can safely investigate uncharted areas and prepare the land for human explorers to set up camp.

The Interact rover that Luca will take over command today is part of ESA’s Multi-Purpose End-To-End Robotic Operation Network, Meteron, project to develop the technology for human and robotic exploration.

Luca will use two laptops and a Sigma7 ‘force-feedback’ joystick with six degrees of motion to operate the rover. The user interface in the laptops and the element of touch are all aspects that were developed over the last decade of project Meteron – no astronaut has ever operated such a complex from space before. The astronaut has full and direct control of the robotic arm and can feel the forces it feels.

The first session today will see Luca drive the Interact rover through a series of cones in a hangar at Valkenburg in the Netherlands – close to ESA’s ESTEC technical centre – to test the setup, connection and hardware. This initial test is expected to take around an hour.

If all goes well and Luca passes his driving test, he will do a full simulation in about a week’s time to put Meteron to the test: can Luca command the robot to do a geological survey of interesting areas in the simulated lunar landscape?

A team at the European Astronaut Centre in Cologne, Germany, will follow the experiment and act as scientific team to instruct Luca and advise him on the scientific merit of lunar rocks he encounters and whether they should be kept for further analysis or discarded.