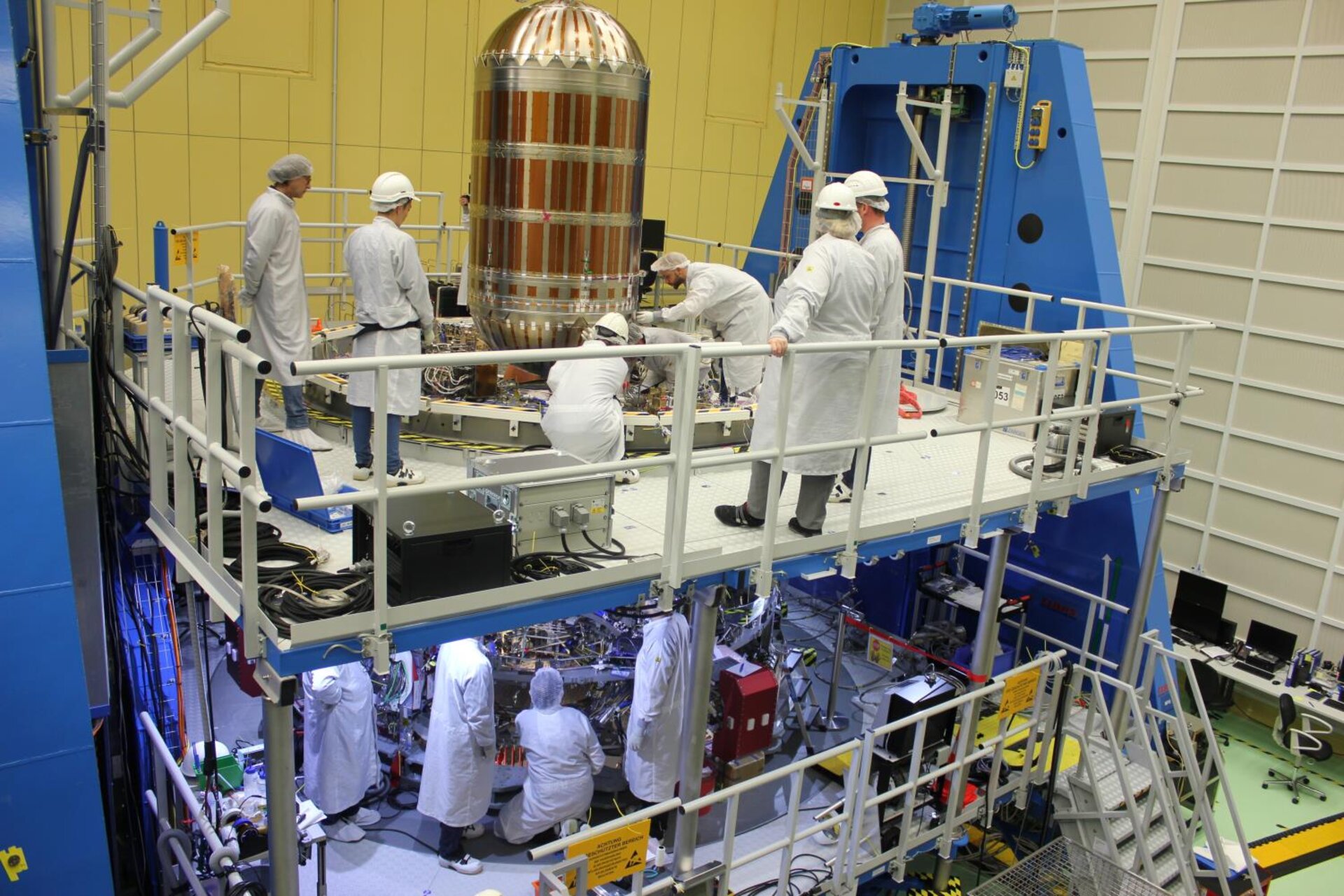 The European service module that will provide power, water, air and electricity to NASA’s Orion Moon module has taken a large step closer to completion with the installation of its fuel tanks and testing of its solar wings.

Orion will eventually fly beyond the Moon with astronauts. The first mission – without astronauts – is getting ready for launch in 2019.

The four tanks will each contain about 2000 litres of propellant. In the vacuum of space there is no air to burn so spacecraft fuel tanks include oxidiser and fuel that are mixed to ignite and provide thrust.

ESA’s propulsion lead for Orion, Thierry Kachler, says: "Tank installation is a great achievement and a big step towards the start of the final acceptance tests in Europe."

Meanwhile the solar arrays Orion will use to produce electricity are being tested at ESA’s technical heart in the Netherlands. Folded for launch, the fragile solar panels need to survive the rumbling into space aboard the most powerful rocket ever built, NASA’s Space Launch System.

Orion’s solar panels will be folded inside the rocket fairing on the first leg of the trip around the Moon. Once released from the rocket they will unfold and rotate towards the Sun to start delivering power.

To make sure the solar panels will work after the intense launch, ESA engineers are putting them through rigorous tests that exceed what they will experience on launch day. This includes vibrating them on a shaking table and placing them in front of enormous speakers that recreate the harsh launch conditions.

Once they pass these tests they can be sent to Bremen to join the service module.

The service module is set to ship to the USA this summer for further tests and integration with the crew module adaptor.