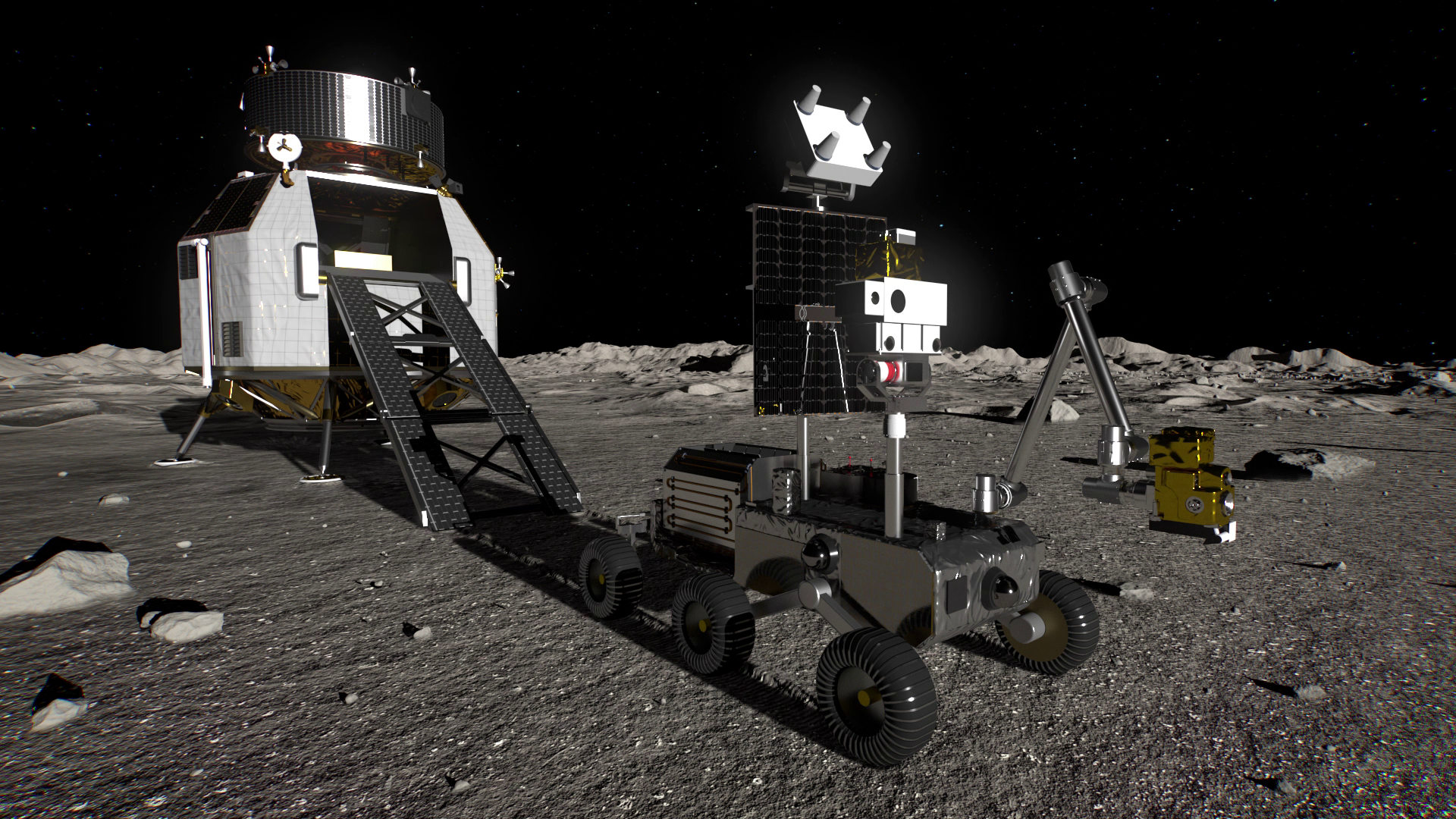 The project in this article has been superseded by the European Large Logistics Lander and is no longer actual, it is left for archival purposes but is not updated.

ESA is working with the Canadian and Japanese space agencies to prepare the Heracles robotic mission to the Moon in the mid-to-late-2020s. Using the space Gateway as a halfway point, a robotic rover will scout the terrain in preparation for the future arrival of astronauts, and deliver lunar samples to Earth.

This mission offers the best and earliest chance to deliver Moon samples to Earth on NASA’s Orion spacecraft as early as its fourth or fifth mission.

A small lander with a rover inside weighing around 1800 kg in total will land and be monitored by astronauts from the Gateway. An ascent module will take off from the surface and return to the Gateway with samples taken by the rover.