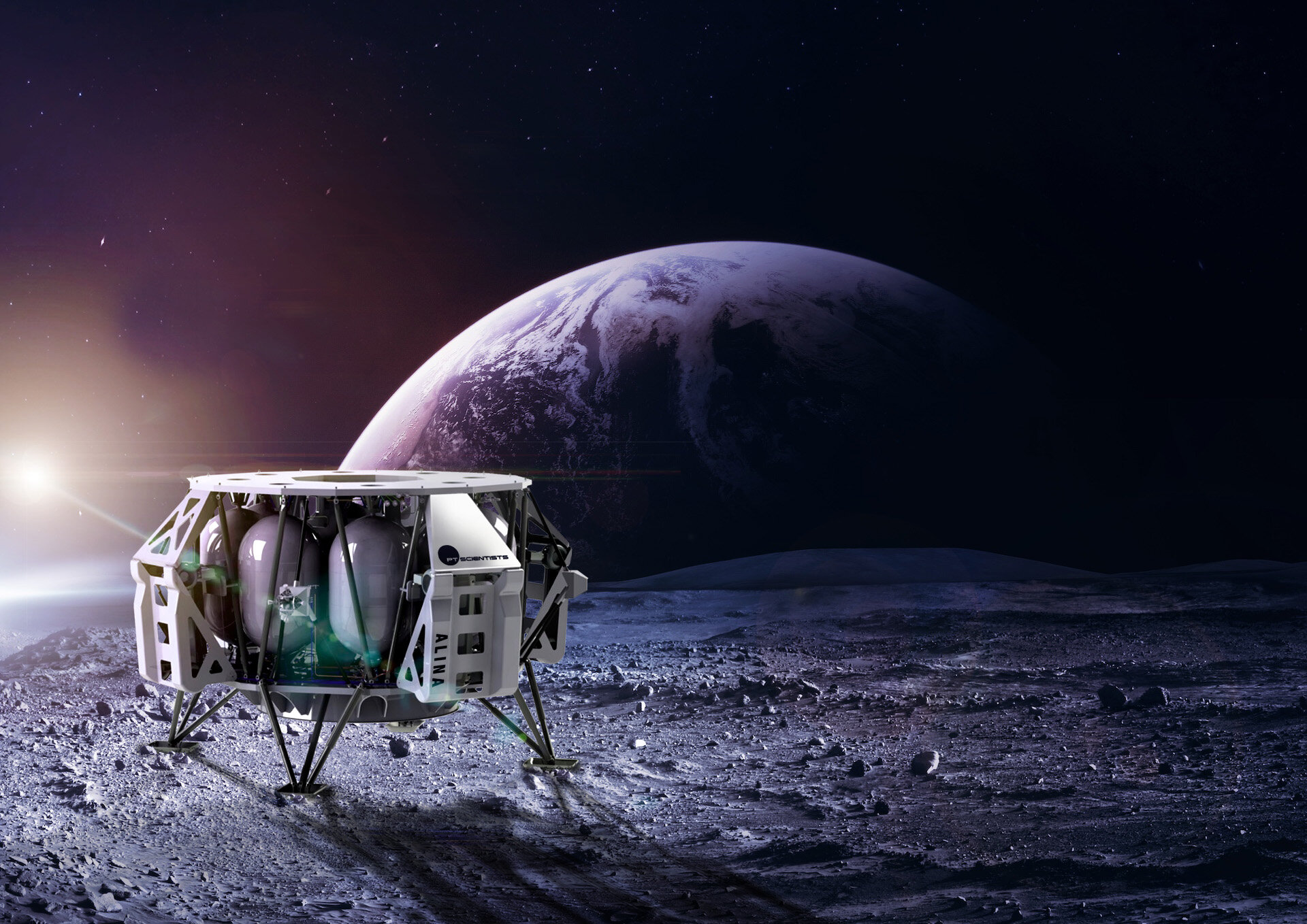 European start-up PTScientists and ArianeGroup agreed today on a far-reaching cooperation for future lunar missions, in line with ESA’s goal of working with partners to return to the Moon in a sustainable way.

PTScientists will provide the autonomous landing and navigation module ALINA, a spacecraft with a payload capacity of up to 300 kg, while ArianeGroup will contribute its new high-performance launch vehicle Ariane 64 and its many years of expertise in the field of propulsion systems.

The agreement was signed by PTScientists and ArianeGroup, in the presence of ESA Director for Human Spaceflight and Robotic Exploration, David Parker, and the coordinator of the Federal Government for Aerospace Thomas Jarzombek, at the Zeiss-Grossplanetarium in Berlin, Germany.

ESA promotes partnership models not only with international space agencies but also with business, David explained.

“It is ESA’s role to challenge and promote innovation in the European space industry. I therefore welcome the cooperation agreed today between PTScientists and ArianeGroup with the aim of providing transportation services to the Moon.

“Customers worldwide could benefit, including ESA for its proposed space resources mission, part of our proposal for the Space19+ Conference later this year.”

Back to the Moon the sustainable way

ESA’s In-Situ Resource Utilisation (ISRU) Demonstrator mission focuses on using local resources on the Moon. The ability to turn indigenous material into oxygen and water is essential to a sustainable human presence on the Moon.

In space jargon, ISRU is the practice of collecting, processing, storing and using materials found or produced on other celestial bodies to replace materials that would otherwise be transported from Earth.

As international competition in the field of lunar missions intensifies, the agreement underlines the ambition of a European company to provide lunar surface transport services for private and institutional customers.

“This is an important milestone in the development of our young company. Together, we will create a 100% European offering to provide cost-effective access to the Moon,” said Robert Boehme, CEO and founder of PTScientists.

ArianeGroup and PTScientists announced that they were working on a study for the ESA mission in January 2019.

“This first contract with a European start-up is an excellent example of win–win cooperation. It demonstrates European industry’s ability to reinvent itself and create a real space team for Europe through agile, disruptive partnerships,” said ArianeGroup CEO André Hubert Roussel.

“With our Ariane 64 launch vehicle Europe has the means to get to the Moon. And with this partnership of specialist skills, the offer for transporting equipment to the Moon’s surface is now complete,” remarked Hubert.