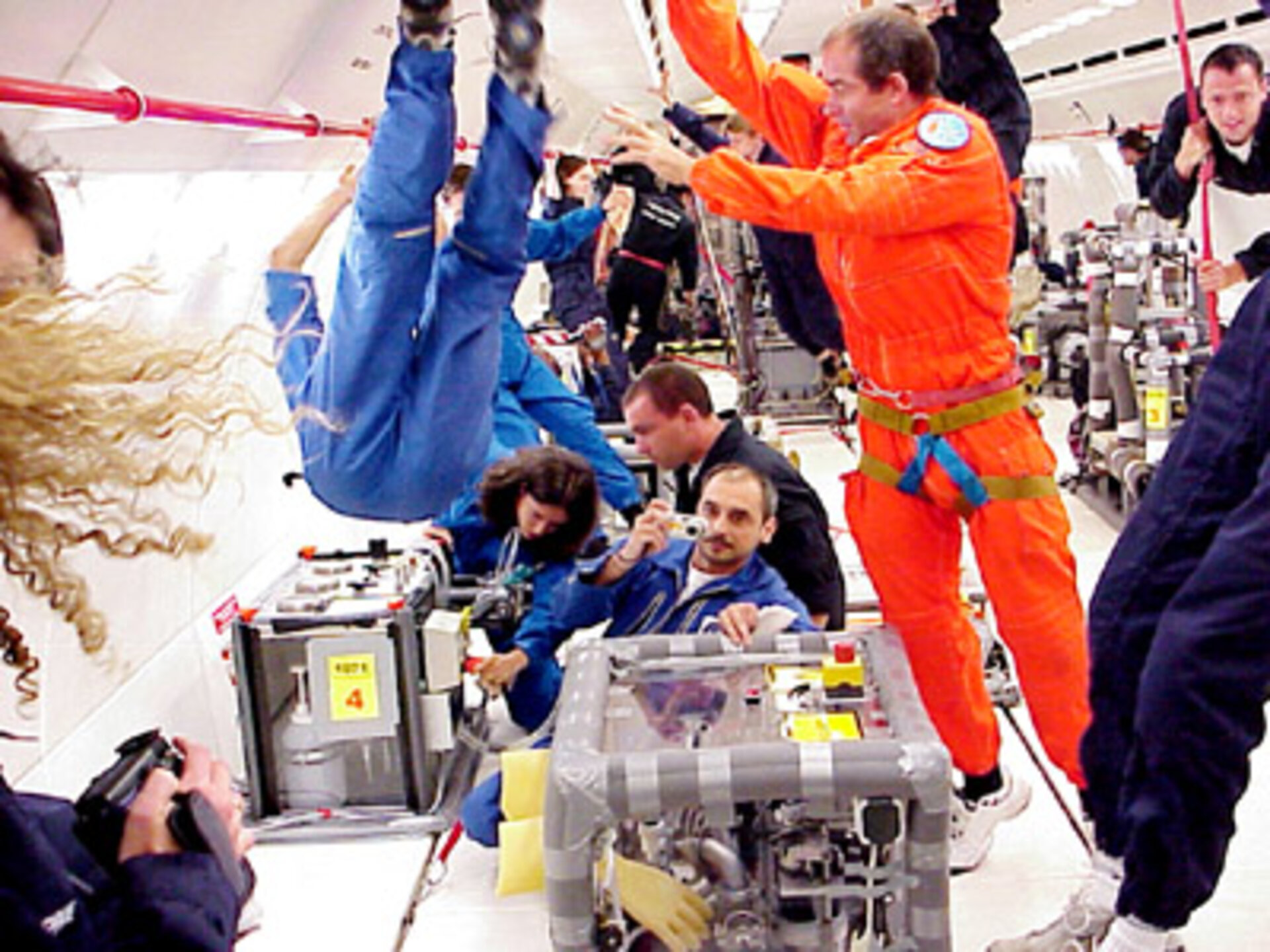 The first flights of the Student Parabolic Flight Campaign are taking place in Bordeaux this week. A team from Imperial College, London is on board, with their experiment, Imperial Aero, studying moth flight in weightlessness. The team report back on their experience... and that of the moths!

We were both anxious and very excited about the flight today. The moths had been through a lot, having travelled from the United Kingdom to Bordeaux, and to Brussels and back, so we hoped that they would be up to the challenge.

During the first few parabolas the moths cowered in the corners of the wind tunnel not very willing to fly. We suspected that this could be because of the bright lighting and the cooler temperature of the cabin.

Once the moths were gently persuaded to fly in zero gravity the results were spectacular! At first they rotated about their own inertial axes. Despite the typical high frequency flapping of their wings, they didn't make any progress towards the pheromone source; instead they floated around the tunnel like any other free object in weightlessness.

After a few parabolas the moths seemed to cope better with the weightless conditions, they were able to fly towards a wall to which they would hold on for dear life! So it would seem that although initially the moths are unable to control their orientation and direction of motion, with time they are able to adapt to their new environment. We hope that tomorrow's flight will also produce successful results.

Putting the science to one side, we were able to enjoy the weightlessness in the free-flying area of the cabin. This experience is like no other and will stay in our memories as one of the most exhilarating moments in our lives. Thanks to ESA and everyone involved for making this amazing opportunity available to us.