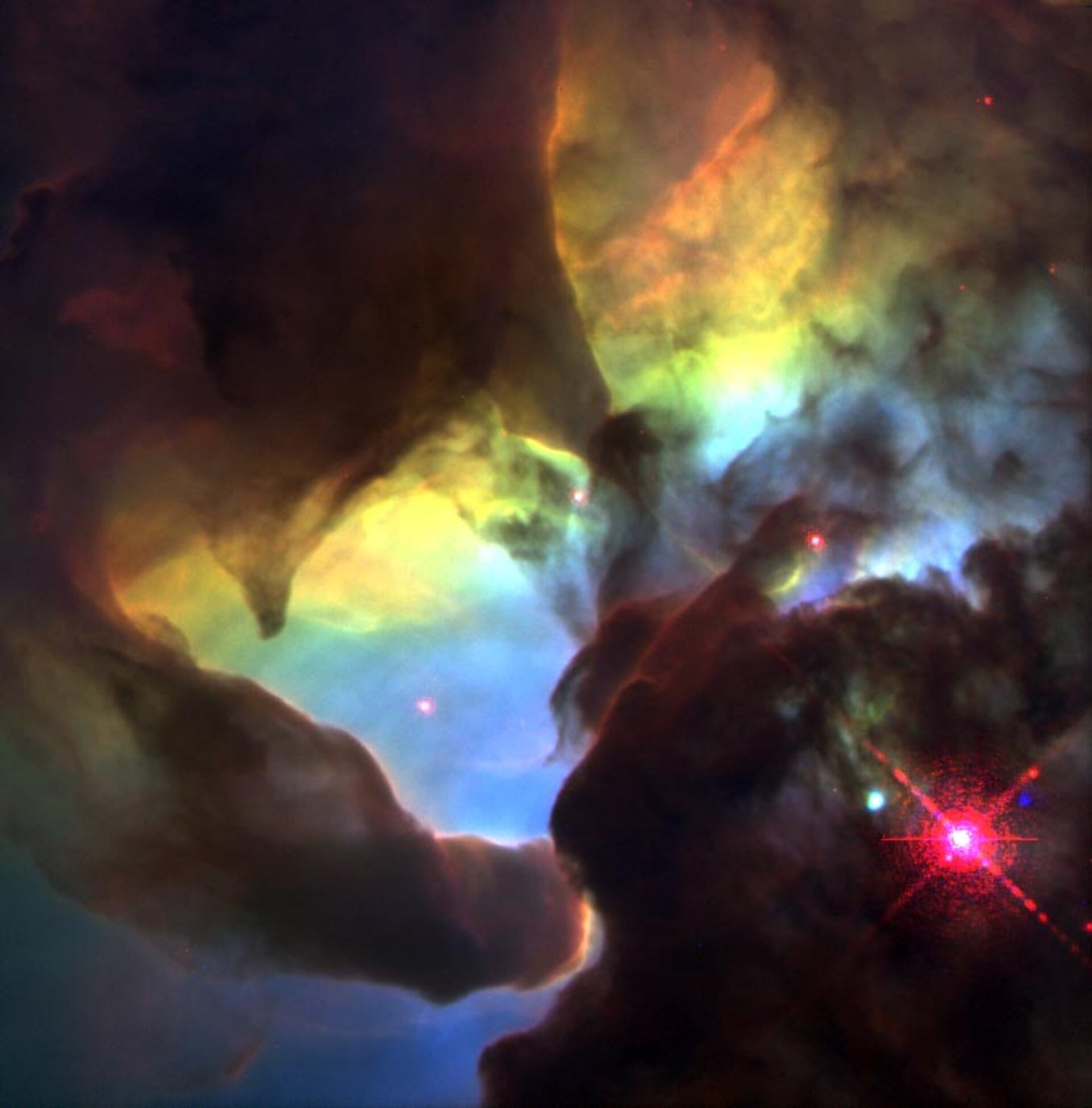 This NASA/ESA Hubble Space Telescope image reveals a pair of half a light-year long interstellar 'twisters', eerie twisted funnel structures, in the heart of the Lagoon Nebula (M8).

The central hot star, O Herschel 36 (shown here on left, red), is the primary source of the ionising radiation for the brightest region in the nebula, called the 'Hourglass'. Other hot stars, also present in the nebula, are ionising the outer visible parts of the nebulous material.

This ionising radiation heats up and 'evaporates' the surfaces of the clouds (seen as a blue 'mist' at the right of the image), and drives violent stellar winds which tear into the cool clouds.

Analogous to the phenomena of tornadoes on Earth, the large difference in temperature between the hot surface and cold interior of the clouds, combined with the pressure of starlight, may produce strong horizontal 'windshear' to twist the clouds into their tornado-like appearance.

The Lagoon Nebula and nebulae in other galaxies are sites where new stars are being born from dusty molecular clouds. These regions are the 'space laboratories' for astronomers to study how stars form and the interactions between the winds from stars and the gas nearby. By studying the wealth of data revealed by Hubble, astronomers will understand better how stars form in the nebulae.

These colour-coded images are the combination of individual exposures taken in 1995 with Hubble's Wide Field and Planetary Camera 2 (WFPC2).