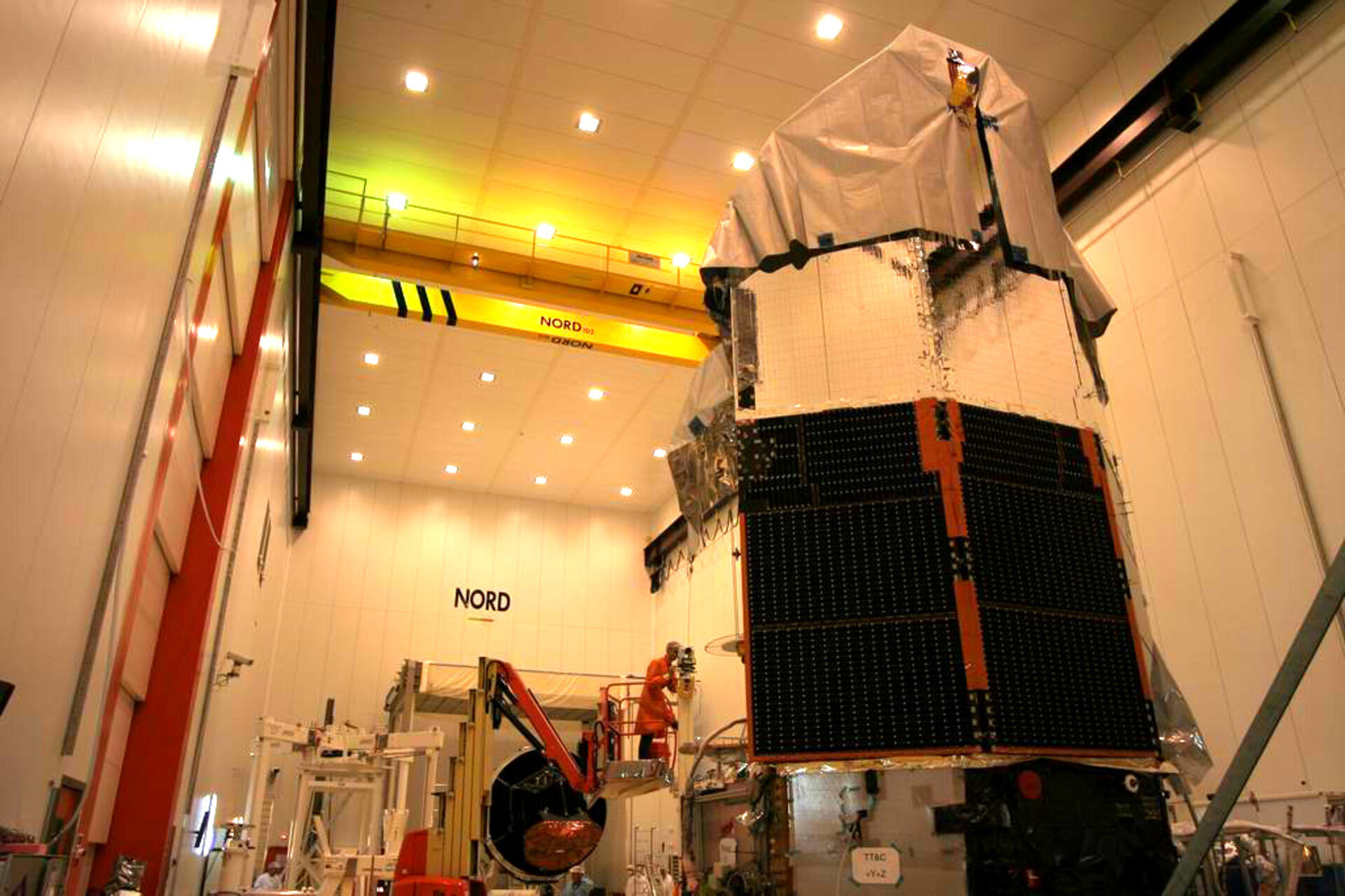 Herschel’s three scientific instruments have passed their functional tests and are 'good to go'. This marks another milestone in the steady progress being made in preparing the satellite for launch.

All three of Herschel's instruments, the Spectral and Photometric Imaging Receiver (SPIRE), the Photodetector Array Camera and Spectrometer (PACS) and the Heterodyne Instrument for the Far Infrared (HIFI), underwent short functional tests to verify the health of the instruments after transport to the launch site in Kourou.

All instruments performed flawlessly and passed their pre-launch test reviews.

The next time we hear from them will be a few days after launch when they will be switched on one-by-one as part of the payload check out process.

Everything in its place

The instrument checks followed the completion of checks of the mechanical stability of the satellite. Engineers carried out alignment tests by measuring relative and absolute positions of a number of elements using reference cubes. The elements measured were mostly those which protrude from the body of the satellite for example, the cryostat nozzles, thrusters, sun acquisition sensor, attitude anomaly detector and the telescope mounting structure. The stability of all of these elements was verified during the tests.

Checks with the launcher adapter

The adapter connects Herschel to the top of the Sylda, a protective cover under which Planck will be installed. The electrical connections between Herschel and the adapter will allow to monitor and command the satellite from the time of integration with the launcher until liftoff, and will also facilitate monitoring of the cryogenic status.

After completion of the mechanical checks, most of the final pieces of multi-layer insulation were placed on the satellite to complete the external thermal protection.