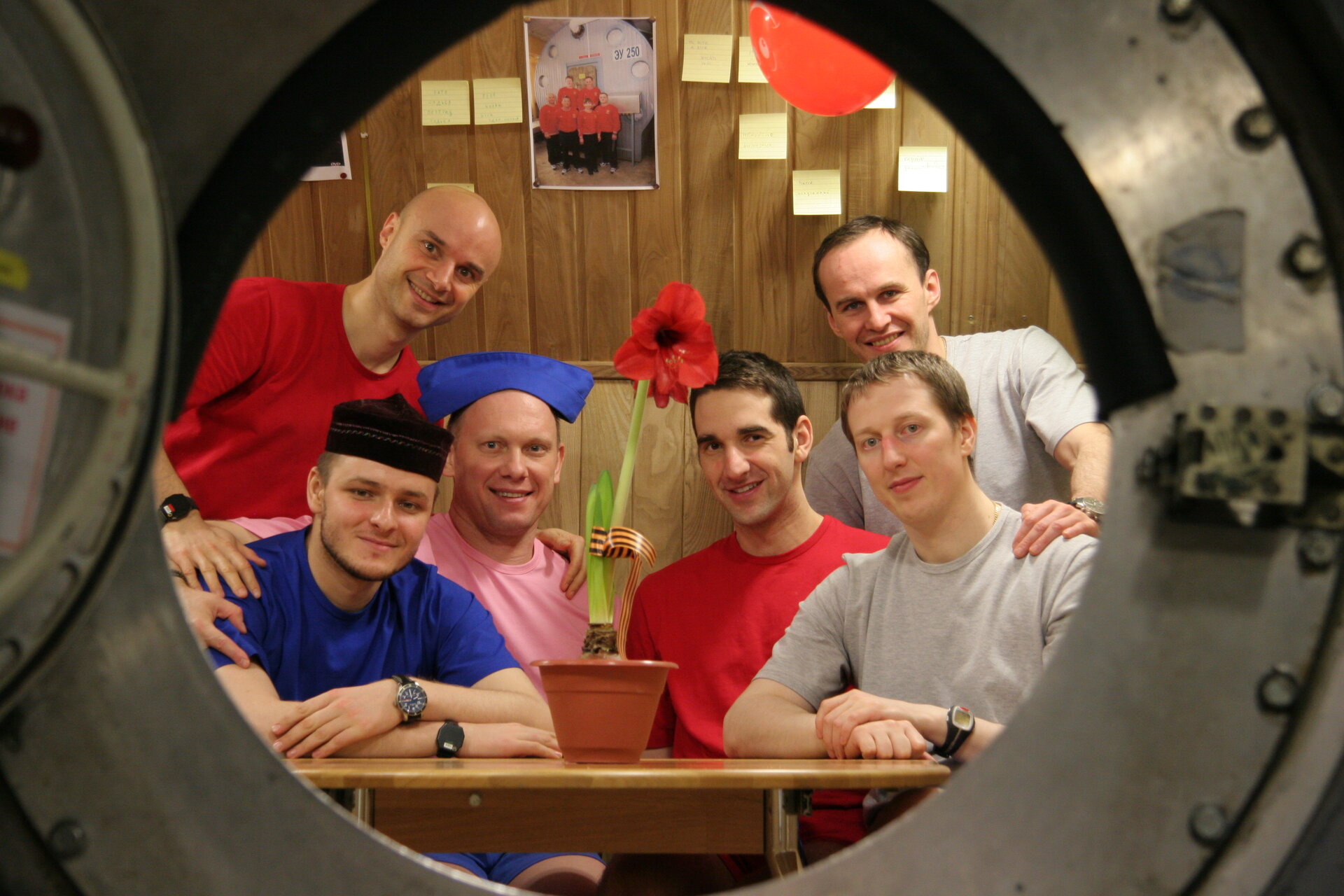 ESA-selected Mars500 crewmember Oliver Knickel reports back from inside the special isolation facility at the Russian Institute of Biomedical Problems in Moscow where the six-strong crew have now completed the ninth week of their simulated Mars mission.

Having passed the halfway point in our isolation experiment at the end of last week, we all went into the ninth week of our simulated journey to Mars with good spirits and high motivation. One highlight of the week was not only what happened inside our module, but also the launch of the Soyuz TMA-15 on 27 May from Baikonur, taking its three crewmembers to their six-month OasISS mission on the ISS.

Among them is ESA astronaut Frank De Winne, who, in the next crew increment, will become the first European commander of the Space Station. Just like us, De Winne will work in a crew consisting of six international members - the first time that a crew of this size will work continuously on the ISS.

Their launch convinced us once again of the value of our mission in contributing in the long-term to a real mission to Mars, but also to long-duration spaceflight in general. Since any dangers can very quickly become life-threatening during a spaceflight, not only all technical procedures, but especially all matters concerning the changes in physiology and psychology and their contribution to possible problems have to be checked and examined many times on Earth to prevent these problems occurring during a real flight.

One of the psychological problems that a crewmember is confronted with on a long-duration spaceflight is loneliness - this is even more pertinent on the long flight to Mars than on the ISS. This topic is exactly what one of the ESA Mars500 experiments deals with. This week we have been working on this experiment that is lead by a group of Dutch and Italian scientists.

With the help of questionnaires, cognitive tests and voice recordings, they examine the impact of loneliness on professional tasks, motivation and performance development of the crewmembers. With the data provided by us, they can not only estimate the impact, but also work on sensible countermeasures to reduce the negative influence of loneliness in confinement as much as possible.

With the conclusions from our experiment, the scientists will be able to support crewmembers on a long-duration space mission and provide help for people on Earth who suffer from psychological problems. Their research also has applications for group interaction under stressful, isolated circumstances, such as emergencies, group conflicts or expeditions.

Another item that has to be thoroughly prepared for spaceflight is the food. Since there are no supermarkets or food stores in space, all food items have to be taken from Earth. A menu has to be carefully planned such that it provides the crewmembers not only with the needed amount of nutrition, but also gives pleasure to them in order to reduce the amount of stress they have to face.

The only difference between space food and the food we are provided with in the Mars500 study is the packing. In real spaceflight, under weightless conditions, the packaging design makes sure that the food, and especially the beverages, can find their way into the mouth, while here in the module we can comfortably drink out of glasses and use normal cutlery.

Our daily nutrition has been planned by a group of German scientists. They have selected a menu that provides us with the proper amount of protein, carbohydrate, fat and vitamins needed by adult males as proposed by the World Health Organisation (WHO). Our daily intake consists of breakfast, lunch and dinner and two snacks in between meals. While for breakfast there are usually cereals, bread or pancakes, lunch and dinner are dishes such as soup, macaroni and beef steak or salmon with potatoes. Last, but not least, the snacks vary between candy bars, cakes and sandwiches.

The biggest problem was to provide the crew with vitamins since if food is prepared to be frozen for many weeks and even months, the vitamins inside are reduced through the method of conservation. The solution was to give us juices and baby food. Since babies do not have teeth yet to eat fruit such as apples and bananas, they get their vitamins via a special baby mash in which most vitamins can be conserved for a long time, which is exactly what fits with our needs. The food is by the way for our project its own experiment. The German scientists who provided it, have also calculated our intakes and compare the amount of sodium we have eaten to the levels found in our urine and can thereby investigate the functionality of the sodium-water balance in the human body.

Now that we are very familiar with life in the module and all its procedures and the first half of our experiment having been a great success so far, we will not make a common mistake and are aware of one important thing: the soccer teams that lead 2-0 at the end of the first half are usually the ones who do not make any great effort in the second half and in the end they loose 2-3 and wonder why they never win a championship.

Knowing this, we are ready to increase our efforts in the weeks to come, to make our simulated journey to Mars a 5-0 win for space science at the end of the 105th isolation day.