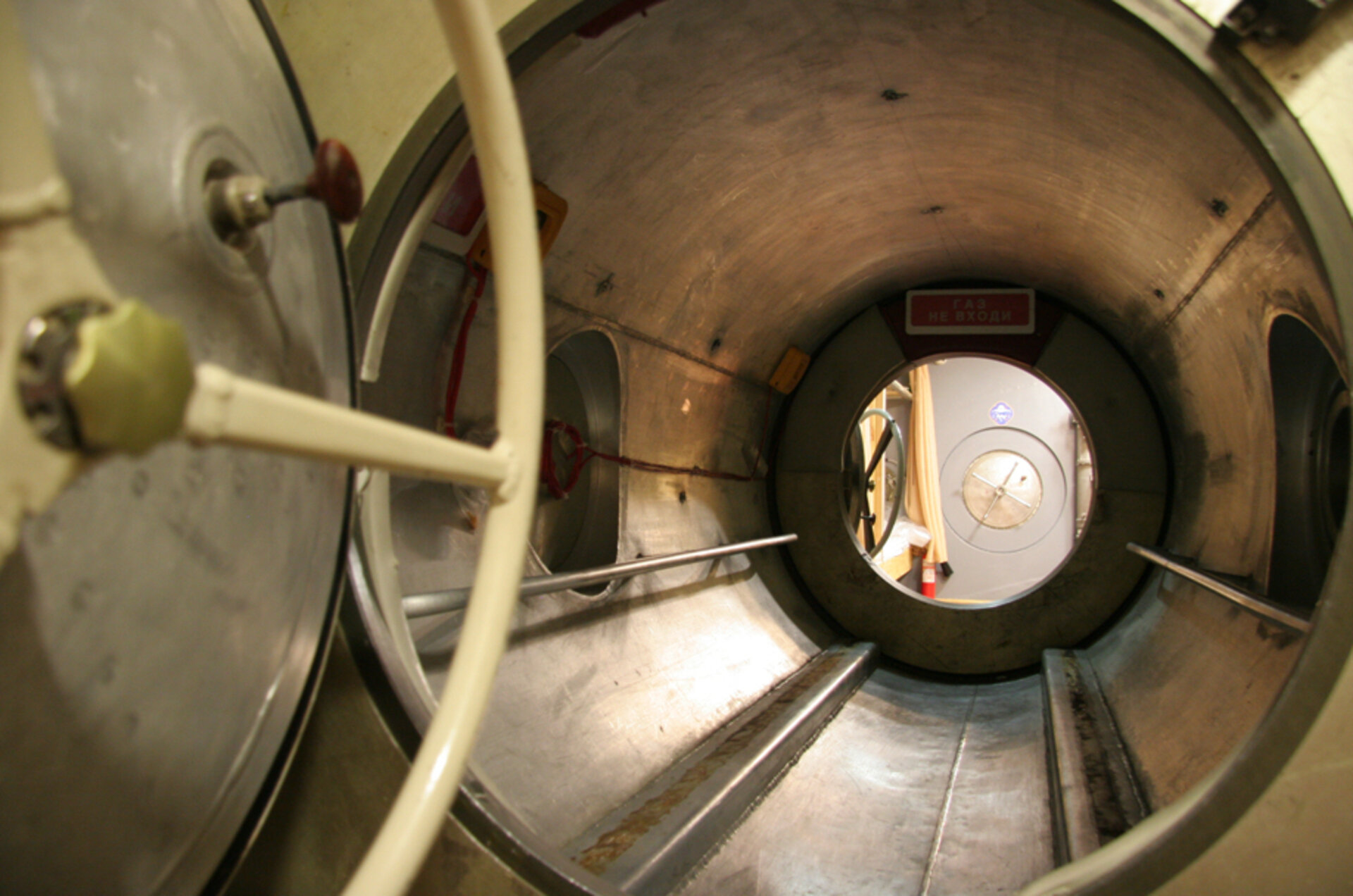 With just two weeks to go on their 105-day simulated Mars mission, the Mars500 crew now have access to the Mars landing module. ESA-selected crewmember Oliver Knickel reports back on the past week inside the isolation facility at the Institute of Biomedical Problems in Moscow, Russia.

In the 13th week of isolation we finally gained access to the fourth module of our isolation facility, the Mars landing module, or as we also call it, in reference to the number of cubic metres inside, the 'module 50'. Although in our 105-day experiment, unlike the 520-day isolation experiment of the Mars500 programme, we are not simulating the landing on the Martian surface, we are still testing the technical possibilities of this module.

The stay in the module 50 can be considered as isolation within the isolation, since during simulation of the Martian landing there will be three astronauts living inside for 30 days in an area of just 20 square metres. Beside the technical working station there are only three beds and a toilet inside. The late access for the crew to this module is not by chance, but mirrors how it could be on a real mission. Since the Mars Lander is absolutely essential for mission success, on a real mission it would not be used at all or as little as possible during the flight phase from Earth to Mars to avoid that through frequent use there could already be technical problems or failures in the module before even reaching the orbit of Mars.

We had a delicious salad at the beginning of the week after harvesting our greenhouse, so we spent some time sowing seeds for some new plants, among them mustard, cabbage, onions and radish. By the way, the greenhouse consists of two separate boxes of about two cubic metres in which special lamps support the growth of the plants. These boxes also have an automated system for shutting off the lights and moving a window shade in front of them to pretend that it is night time. Since we are using different kinds of plants, this mechanism is only used for one box which consists of plants which, like humans, have a rhythm of day and night. In the other box the light is shining 24 hours a day.

Finally, we were also busy this week fulfilling activities for many experiments, among them the CoSI (confinement, stress and immunity) experiment from scientists from Munich, Germany. They research the impact on the immune system of psychological stress imposed on us through the conditions of isolation. Using improved technologies they found a way to monitor stress dependent neuro-endocrine, metabolic and immune changes by investigating saliva, expired breathing air and blood samples.

With the results from our study they will be able to work on countermeasures to prevent the immune system from possible weaknesses during long-duration spaceflights and thereby tremendously improve the health state of the crew and the probability of the success of the mission. The increased understanding of stress and immunity can not only be used for spaceflight but will also be very valuable for the medical assistance of every human being.

Even though we feel that we just entered the module, we only have two weeks of isolation left, or expressed in a time unit we have introduced inside the module, only one electronic nose (the electronic nose is an experiment fulfilled in a 15-day rhythm) or two stays in the sauna. Although we are also looking forward to seeing the outside world again - especially since it is already summer - we will definitely also enjoy every single day we have left inside.