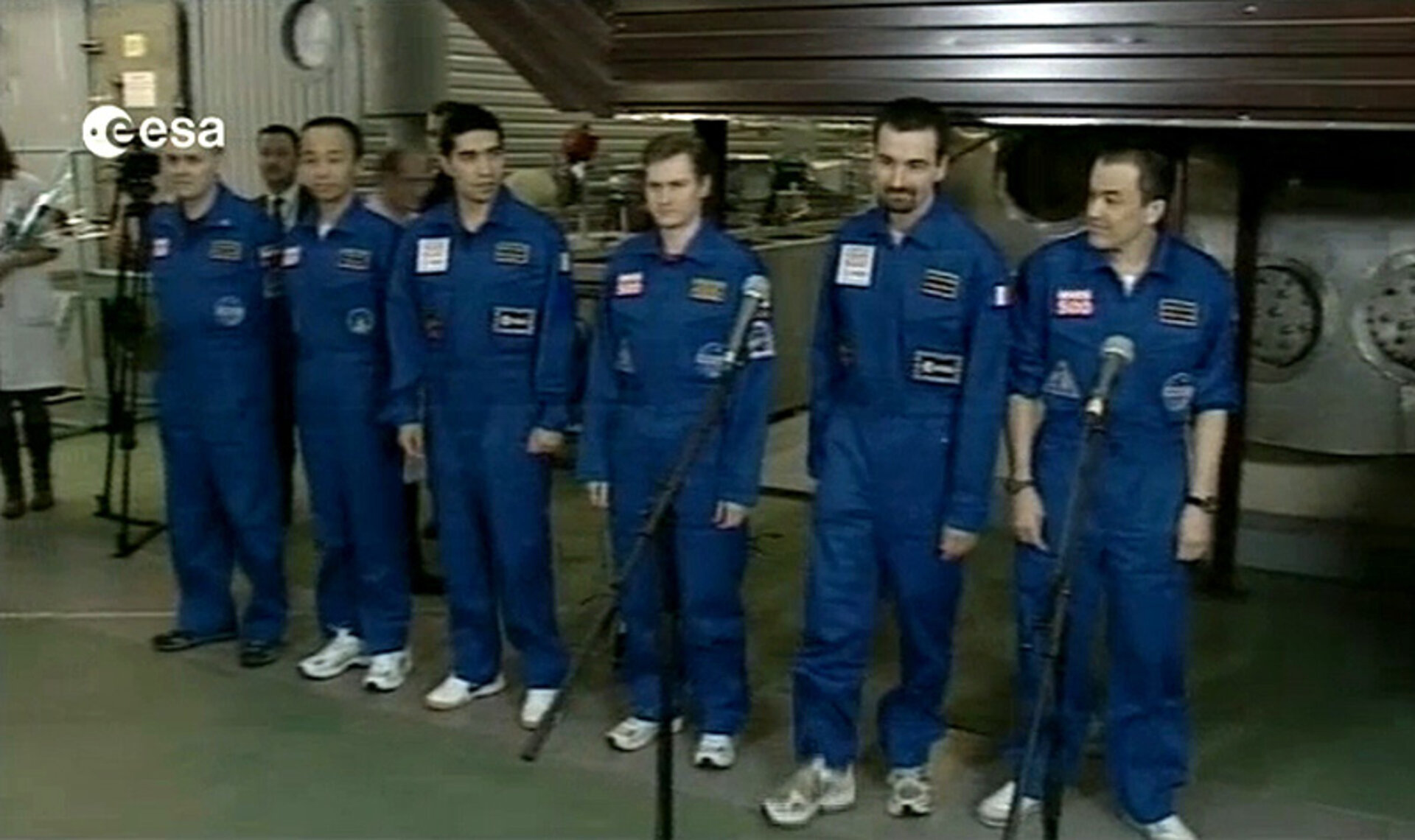 The record-breaking simulated mission to Mars has ended with smiling faces after 17 months. Mars500’s six brave volunteers stepped out of their ‘spacecraft’ today to be welcomed by the waiting scientists – happy that the venture had worked even better than expected.

Mars500, the first full-length, high-fidelity simulation of a human mission to our neighbouring planet, started 520 days ago, on 3 June 2010, at the Institute of Biomedical Problems in Moscow.

The international crew were isolated in their interplanetary spacecraft mock-up, faithfully following the phases of a real mission: a long flight to Mars, insertion into orbit around the planet, landing, surface exploration, return to orbit, a monotonous return flight and arrival at Earth.

During the ‘flight’, the crew performed more than 100 experiments, all linked to the problems of long-duration missions in deep space.

To add to their isolation, communications with mission control were artificially delayed to mimic the natural delays over the great distances on a real Mars flight.

The crew of three Russians, one Chinese and two Europeans have performed exceptionally well. They have kept together and showed that motivation and team spirit can keep humans going under very difficult conditions. Scientists are pleased at their exceptional discipline.

“Thank you very much for your outstanding effort,” said ESA’s Director General Jean-Jacques Dordain in his greeting from Paris after the crew stepped from their module.

“I welcome the courage, determination and generosity of these young people who have devoted almost two years of their lives to this project, for the progress of human space exploration.”

After their first taste of freedom, they were led to meet doctors and their families and close friends.

“It is great to see you all again,” said Diego Urbina, ESA’s Italian crewmember, after emerging.

“On the Mars500 mission we have accomplished on Earth the longest space voyage ever so that humankind can one day greet a new dawn on a distant but reachable planet.

“And, as a European Space Agency crewmember, I am honoured to have been part of this remarkable challenge together with five of the most professional, friendly and resilient individuals I have ever worked with.

“I’ll be forever thankful to those who, even from a distance, always stood close to me during this space odyssey.”

Romain Charles, ESA’s French crewmember, noted: “One year and a half ago, I was selected by the European Space Agency to be part of the Mars500 crew. Today, after a motionless trip of 520 days, I'm proud to prove, with my international crewmates, that a human journey to the Red Planet is feasible.

“We have all acquired a lot of valuable experience that will help in designing and planning future missions to Mars.

“We're ready to embark on the next spaceship going there!”

During their first few days of liberty, the crew will undergo extensive medical checks and psychological evaluation. They will also enjoy some private time and relaxation before talking to the media on 8 November in Moscow.

Their mission continues into early December, as they go through an exhaustive series of debriefings, tests and evaluations to collect the mission’s final data.