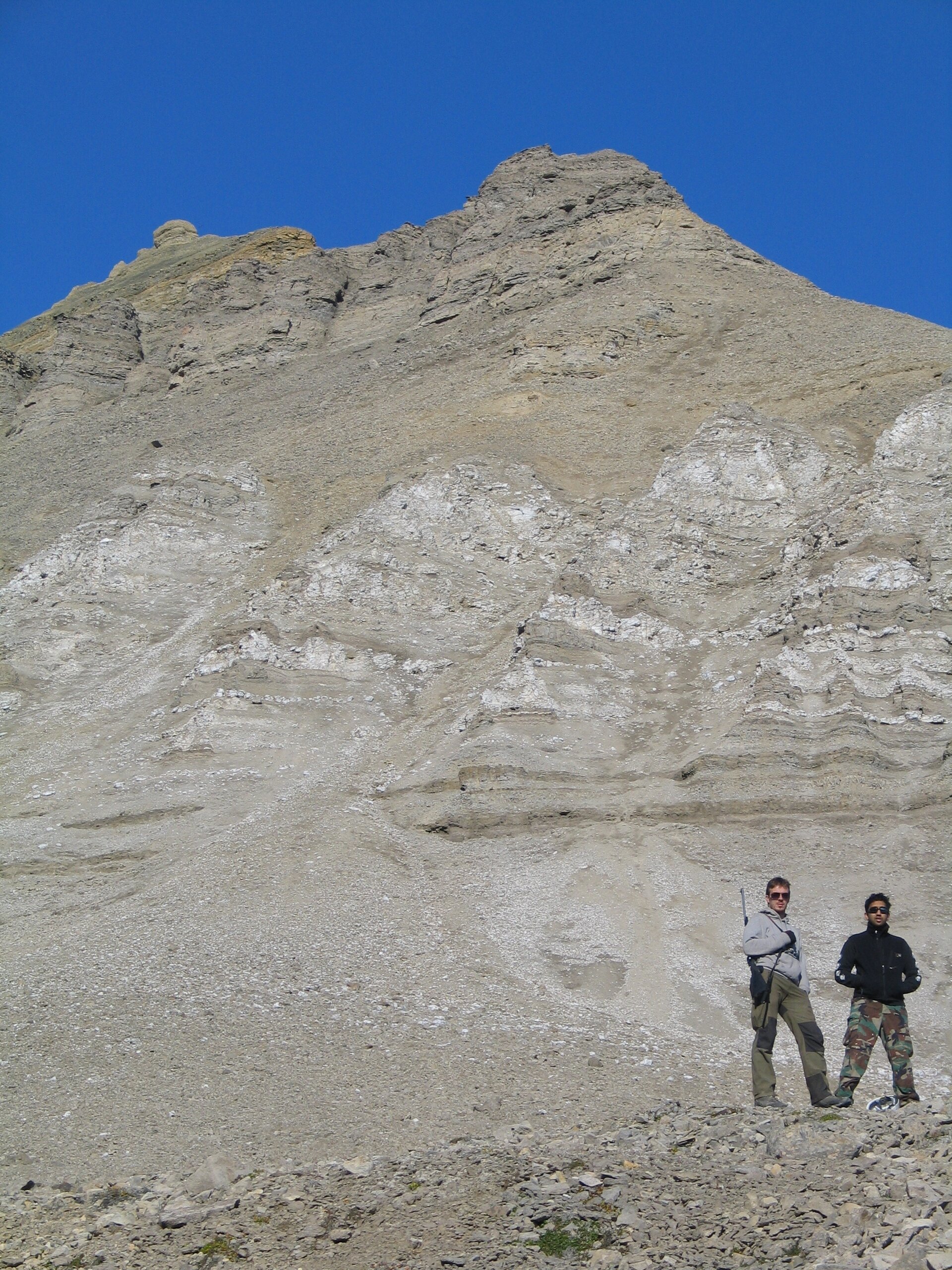 I woke up this morning with my cell phone beeping – we're within cell phone signal for the first time since we left Longyearbyen on the 12th, I had almost forgotten that cell phones existed! It was nice to hear from home though, and hear that even though I've been out of reach for a while, people haven't forgotten about me ;-)

I doubt the cell phone signal will last long though –Ebbadahlen/Asvinddahlen in Billefjorden is only an hour and a half from Longyearbyen, but still...

We won't be docking in Longyearbyen, we'll send the Norwegian student we picked up the other day, to land in the 'man over board' boat and that will pick up another guy who works for a company that sponsors AMASE. The plan for today is foremost to deploy the rover and for those of us who don't know the area, a geology-introduction trip.

After the introduction hike we went back to the rover site and decided to go for the "rock glacier just around the corner... after one and a half hours hike our safety leader, Ivar, goes "I found the rock glacier – it's on the other side of the fjord" ;-) just what we wanted to hear!

Supposedly what we were standing on at the time was also a rock glacier – a rock glacier basically looks like a big pile of rocks, only the rocks are embedded in ice so the rock glaciers are typically a lot steeper than normal glaciers.

After the hike we went back to the ship, sailed to the other side of the fjord, went to shore, and had a barbecue – in fact we all came back just now and I'm in no condition to be writing a blog.

I should have gone straight to bed, so that's what I'll do, but I will say this, it was a hell of a lot of fun, and hats off to the crew making the barbecue and everything – they're excellent cooks!

The area here is very different from anywhere we've seen yet – it looks like it belongs in the desert – in fact a mountain near by is named 'Pyramiden' or 'The Pyramid' and there's a Russian ghost city near by, by the same name, unfortunately I'm not sure we'll go and see it… the small fjord we're in right now is called 'Templefjorden' cause the mountains looks like they're forming a temple...!