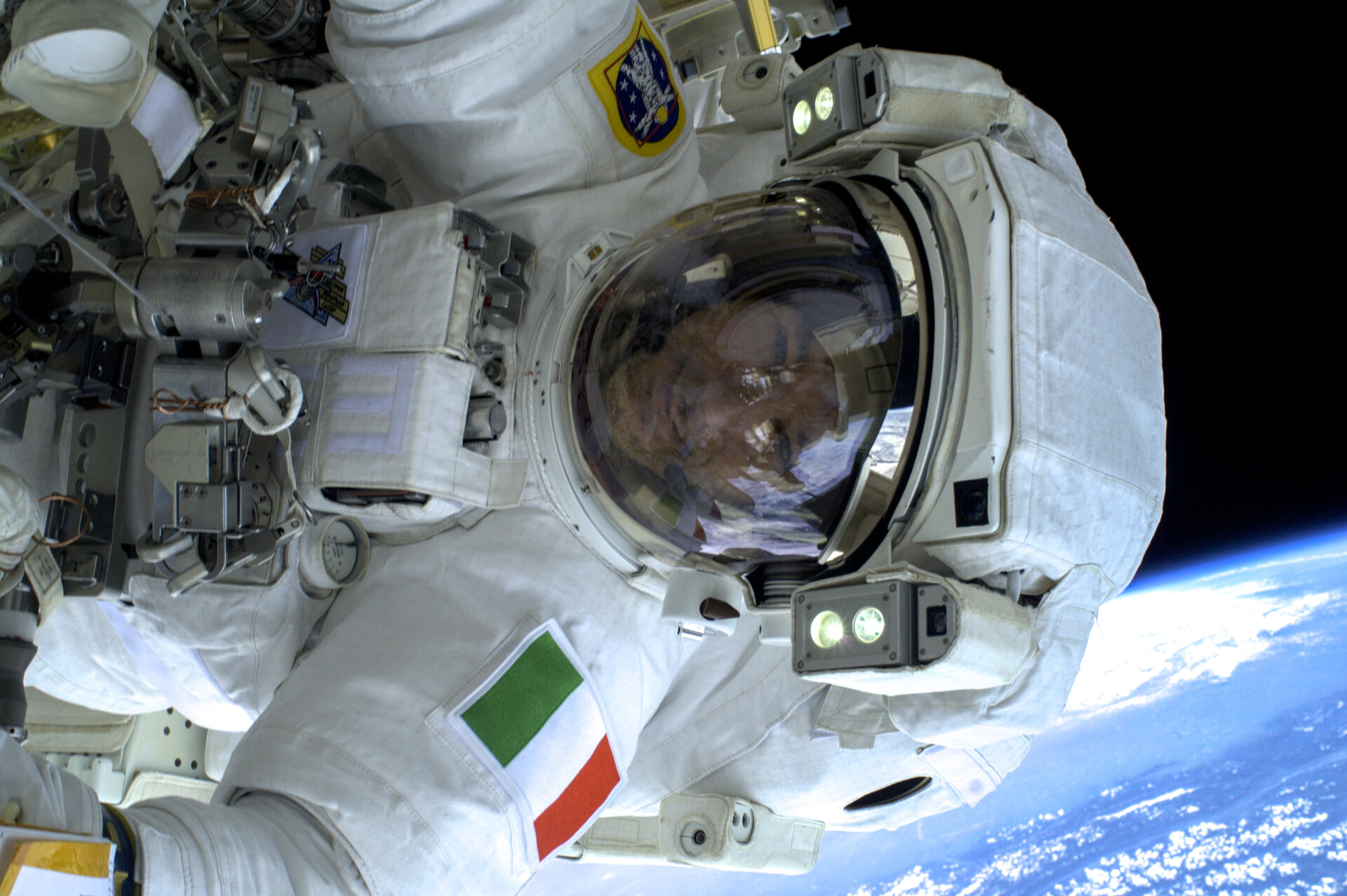 The date is set for ESA astronaut Luca Parmitano’s first spacewalk of his Beyond mission. Friday 15 November marks the start of a series of complex spacewalks to service the cosmic-particle-hunting Alpha Magnetic Spectrometer (AMS-02).

It is the first time a European astronaut will take a leading role and the full spacewalk will be streamed live via ESA Web TV from 12:50 CET (11:50 GMT).

Luca and his spacewalking partner NASA astronaut Andrew Morgan will exit the International Space Station airlock at around 13:05 CET (12:05 GMT). The spacewalking series is expected to be the most challenging since work to repair the Hubble Space Telescope.

The pair will be supported by NASA astronauts Christina Koch and Jessica Meir who will operate the Canadarm2 robotic arm from inside the Station. This will help position the astronauts around their hard-to-reach work site, located on top of the Station’s S3 Truss structure between a pair of solar arrays and radiators.

The entire spacewalk is expected to take around six hours and it will set the scene for at least three more. 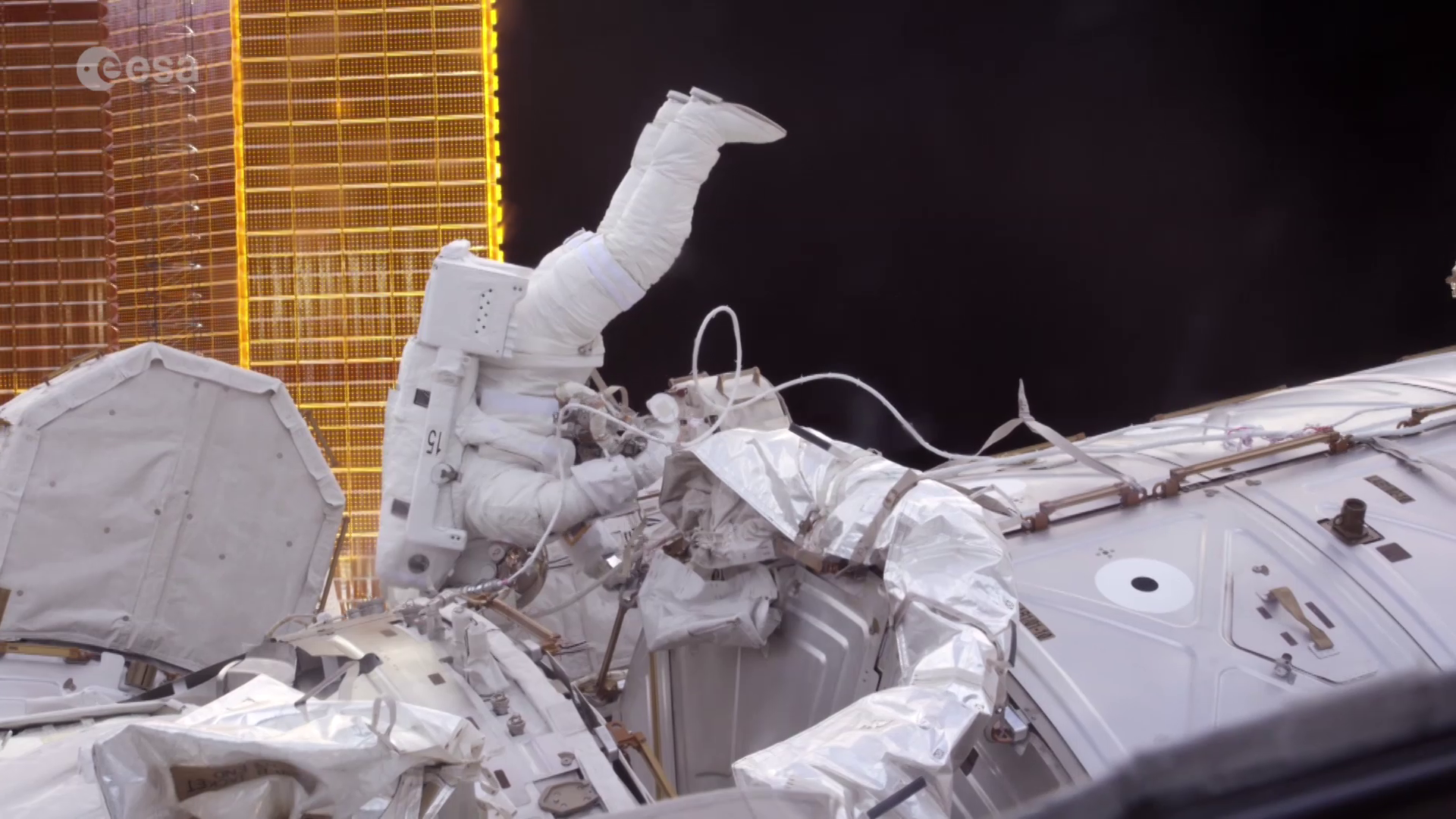 AMS-02 records the number and characteristics of cosmic ray particles that pass through all of its detectors – over 140 billion particles to date. By tracking down the sources of these particles, scientists aim to gain a better understanding of dark matter and the origins of the Universe.

Installed in 2011 AMS was only ever intended to run for three years and was never designed to be maintained in orbit. It has been so successful that its mission has been extended.

Researchers, astronauts and operations teams have had to develop new procedures and more than 20 custom tools to extend the instrument’s life.

Luca and Andrew’s core task will be to replace the AMS-02 cooling system and fix a coolant leak.

The pair trained extensively for this intricate operation on the ground. It will involve cutting and splicing eight cooling tubes, connecting them to the new system and reconnecting a myriad of power and data cables. It is the first time astronauts will cut and reconnect cooling lines in orbit.

The first two hours of the spacewalk will be streamed live on ESA Web TV and ESA’s Facebook page, featuring commentary from astronaut and operation experts at ESA’s astronaut centre in Cologne, Germany, as well as a live cross with scientists at the CERN European Laboratory for Particle Physics.

Viewers are encouraged to tweet their spacewalk questions to @esaspaceflight or @cern using the hashtag #SpacewalkForAMS. Experts will answer on the day.

In the meantime, you can find out more about what it takes to prepare for a spacewalk in the latest episode of the Beyond mission podcast ESA Explores and stay tuned for a special audio message from Luca on the Space Station early next week.